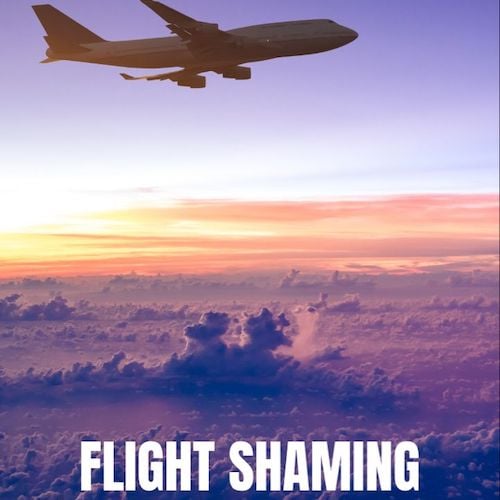 It’s possible that Flightradar24 is the best app ever made. If you’re anything like me (a nerd) then you’ve likely seen a plane cruising across the sky, tried to deduce where it’s heading, and given up after failing miserably at working out compass bearings.

Thankfully for us mere mortals, Flightradar24 tracks over 180,000 flights from across the globe every day. Just open the app, and you’re presented with a map that is tracking every flight within your current view.

Alternatively, you can enter AR Mode, which is even simpler – just point your camera at the sky, and the app syncs the map with the direction your phone is facing to present an overlay with all the flights in your phone’s field of view.

It is figures like these, in conjunction with increasingly alarming statistics from the scientific community with regards to climate change, that has given rise to the Flygskam movement.

Flygskam – translated into English as flight shame – seeks to drastically curb global flying habits in order to reduce the impact aviation is having on global climate change. Perhaps the most well-known proponent of flight shame is 16 year-old climate activist Greta Thunberg, who first came to the attention of world media for staging climate protests rather than attending school. Recently, she sailed for two weeks across the Atlantic Ocean to travel to New York – deliberately avoiding flying in the process.

With flygskam encouraging people to stop flying in order to cut greenhouse emissions, it’s important to understand aviation’s impact on the world we know today, and the impact that limiting flying could have on the world in future years.

Thanks to the development of aircraft, it is easier to travel the world than it has ever been, which is undeniably a good thing for one of the world’s most economically significant industries – Travel & Tourism. Here are some statistics to chew on:

This wouldn’t be possible – at least not on this scale – were it not for the continued development of aircraft, and the expansion of airlines and airports around the world.

Aviation has helped make the different parts of the world more accessible than at any other time in history, ensuring that tourist spending flows through the majority of countries across the globe.

Aviation’s Impact on the Global Economy

Aviation and the use of aircraft is a massively influential economic driver. If global aviation was to be taken as a single country, it would rank 20th in the world in terms of GDP. In the US alone, commercial aviation is a driver of more than 10 million jobs, and accounts for just over 5% of America’s GDP.

Industries and businesses the world over would look and operate very differently without the use of aircraft. Entire countries would be drastically affected by the impact on Travel & Tourism alone – 20 countries in 2018 saw Travel & Tourism account for 10% or more of their GDP. 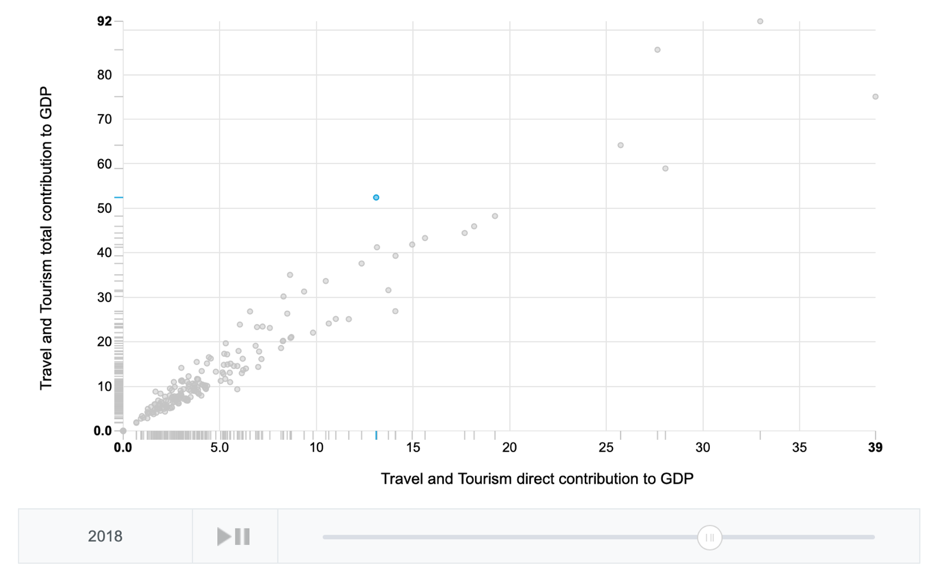 In many ways, being able to fly is essential to the way the modern world operates. Unfortunately, if the current trend of increased flights continues, it could also be a central part of a global environmental catastrophe.

Aviation’s Impact on the Environment

That might sound like Doomsday talk, but the science is clear. From the European Commission, “Direct emissions from aviation account for about 3% of the EU’s total greenhouse gas emissions and more than 2% of global emissions. If global aviation was a country, it would rank in the top 10 emitters.

Someone flying from London to New York and back generates roughly the same level of emissions as the average person in the EU does by heating their home for a whole year.”

Whether you want to measure it per hour, or per mile, or per passenger, flying internationally remains one of the most carbon-intensive activities you can partake in. As part of the effort to limit global temperature increase to 1.5°C (a figure that has already been reduced from the original 2°C), there is a theoretical ‘carbon budget’ in place – an amount of CO2 that can be emitted in 2030 whilst still falling within the 1.5°C target.

On January 1 2018, the budget stood at 420 gigatons of carbon dioxide available to be ‘spent’. As it stands today, less than 360 gigatons of that budget remains. Assuming that emissions spending maintains the current rate, the original budget will run out in 2027, giving the world eight and a half years’ worth of ‘safe’ carbon emissions.

To make the situation even more bleak, running within that budget does not guarantee meeting the 1.5°C target – when it was established, the budget offered a 67% chance of meeting the target for average global temperature rise.

Of course, aviation is not solely responsible for the world’s unsustainable rate of carbon emissions, but just one long-haul flight can use up an alarming percentage of your individual carbon budget. A return flight from London to Moscow will use up to 20% of your carbon budget for the entire year – taking the same trip by train uses in the region of 5%.

The traditional focus of climate change has been on the emission of carbon dioxide, given the well-established link between carbon dioxide emissions and increased average global temperatures. However, when it comes to aviation, carbon dioxide might not be the most impacting factor.

Long-haul and international flights, whilst emitting a significant amount of carbon dioxide, are also responsible for a number of other emissions that have an even greater warming effect than CO2.

Whilst these effect and output of these emissions (such as the water vapour within contrails and nitrous oxide) are not fully understood, it is currently estimated that they have already impacted the climate two to four times as much as aviation’s CO2 emissions.

What Needs To Change?

The Intergovernmental Panel on Climate Change believes that “Limiting global warming to 1.5°C would require rapid, far-reaching and unprecedented changes in all aspects of society.” There is no single ‘fix’ for the potentially devastating impacts of global climate change, and the same is true for aviation’s role in global warming.

There are plenty of routes to effective change, but in order to achieve that change, it’s important that most or all of those routes are explored to some degree.

Below are three key pathways that, if followed properly, should help increase the chances of the world being able to meet the proposed warming limits set out by the wider scientific community.

Most airlines and aircraft manufacturers are very quick to point out the significant steps they’ve taken in fuel efficiency, touting gains of up to 80% compared to figures from the 1950s. Between 1990 and 2016, for passenger aircraft, the average fuel burn per passenger kilometre flown was reduced by 24%, and has continued to fall by about 2.8% a year between 2014 and 2017.

These gains in efficiency are a good step, but unfortunately, they have so far been unable to keep up with increase flight demand. The numbers of flights and the number of passengers flying continues to exceed the rate at which airlines and aircraft manufacturers are able to make their planes more efficient.

There is also a stark difference in efficiency gains between developed and developing countries. With most developing countries operating under significantly weaker regulations, nations like Benin or Mongolia have seen staggering increases in aviation emissions. This can, in part, be explained by an increase in demand, but with less stringent controls in place with regards to emissions, it is almost inevitable that their emissions skyrocketed. 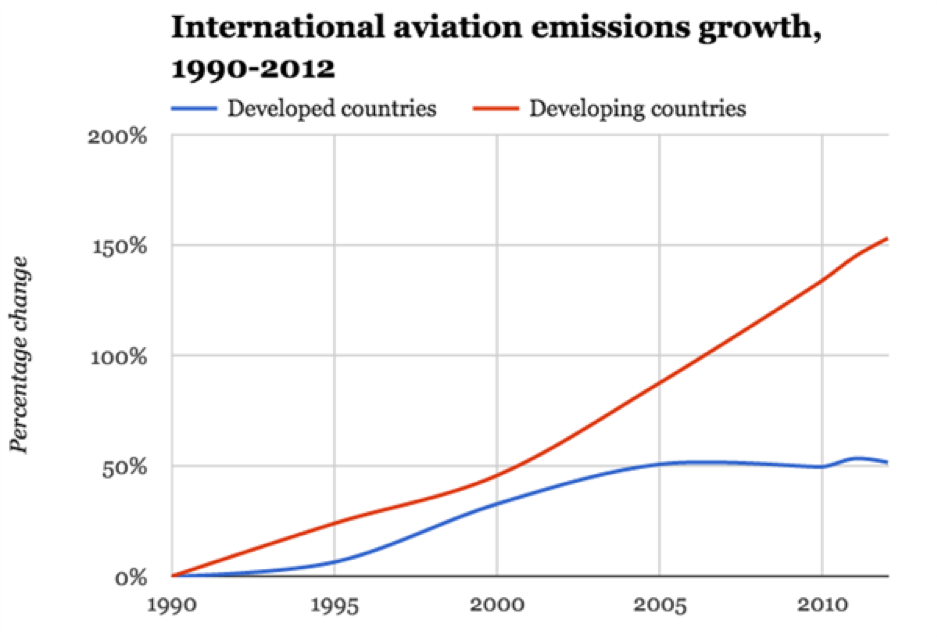 It is still important to seek out alternative fuel sources, and continue to make aircraft as efficient as possible, but when everything is taken into account, this is likely to be a very small piece of the overall puzzle.

People fly for a variety of reasons, from family visits or holidays all the way through to business dealings or medical procedures. Flying is convenient, and can often be cheaper and faster than other modes of transport, but the time is rapidly approaching, and indeed may have already arrived, where convenience needs to be sacrificed to ensure future generations inherit a safe, sustainable planet.

On an individual basis, this looks like only flying when it is absolutely necessary to do so. Advances in communication technology have all but erased geographical borders, and the ability to conduct business meetings or simple catch-ups with friends over video with minimal latency makes flying for these reasons more or less obsolete.

The more we are able to treat flying as a last resort, the greater the chances of meeting the IPCC’s targets.


Aviation fuel is legally exempt from taxes when it arrives in a plane at an international destination, thanks to a 1944 global agreement. It does not, however, cover the fuel that aircraft take on board at their destination.

If, for example, the EU was to apply its minimum levy on aviation kerosene - €330 per thousand litres – average ticket prices would increase by roughly 10%, which in turn would cut the average number of flying travellers by about 11%.

The option to tax jet fuel in this way has been available across the European Union since 2003, but up until this point, most intergovernmental services haven’t done so, with the exception of the Netherlands (domestic flights only), and Norway and Switzerland.

Whilst it would require significant bilateral collaboration across the bloc, taxing aviation kerosene would be a marked signal of intent, and could well serve as a model for other nations or regions to follow. 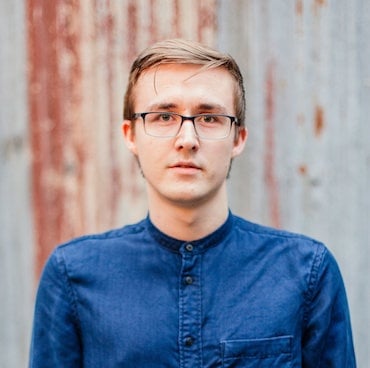 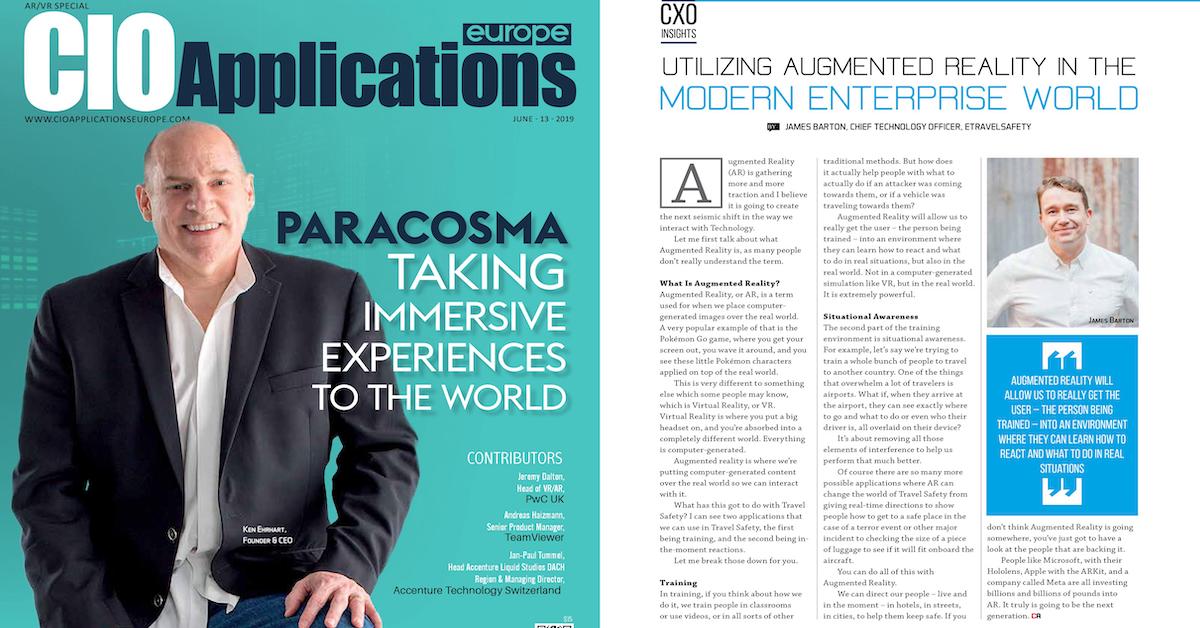 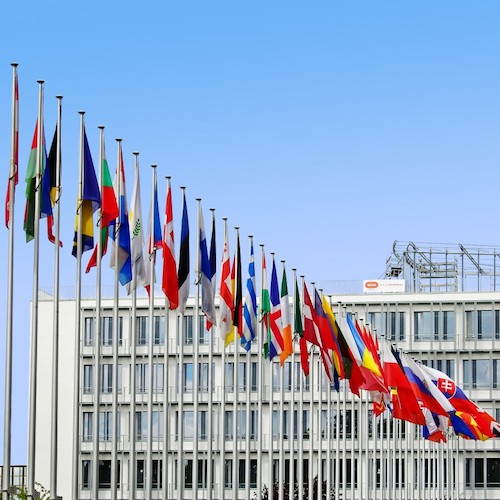